Finally energy storage is making a bigger appearance. At this Nevada concentrating solar power plant, molten salt consisting of sodium and potassium nitrates are used as thermal storage that allows the plant to run even when the sun is not shining. This differs from other CSP projects in that the molten salt is heated up in the tower then stored, which eliminates the need for expensive heat exchangers. In fact it can store energy for up to 10 hours using the heat from the sun alone. Also this energy can be stored for months when the salt is in its molten state. This marks a big step toward renewable adoption since energy storage is seen as the holy grail that holds alternative energy from wider use.

The 110MW plant  by SolarReserve is projected to produce over 500k MWh per year or 500 GWh of energy annually by concentrating sunlight from 10,000 billlboard sized mirrors onto a central receiving tower 640ft high. Each heliostat that refelects the light is controlled by Delta automation to maintain the proper angle as the sun moves to the milliradian. For perspective, a milliradian is 1/6400 of a degree. Dave Morse, Director of Operations at Delta, summarized it all saying ““As the sun is moving, the angle changes. The sun constantly moves, but what you’re trying to point it at doesn’t. It’s very difficult to actually say, okay; where is the sun. It is basically trigonometry that you’re doing, every second of the day; trying to make sure that you hold that position.”

An estimated 75,000 homes can be powered at peak production during solar noon. Jobs are also being created with 4,300 jobs to construct and operate the plant. It will also benefit the state with $73 million in tax revenue over 20 years. The project costed slightly less than a billion to create. 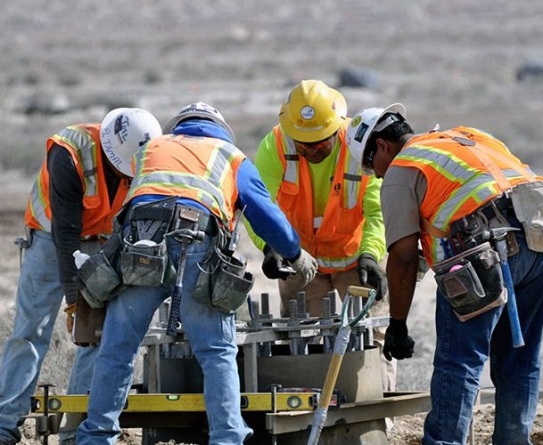 This is all good news for concentrating solar power which is often seen as the little brother to photovoltaics. With the cost of panel manufacturing dropping, many projects shunned from considering solar thermal. Yet, solar thermal will play a large role particularly for its ability to offset heating loads. While this Nevada plant is using the heat for electricity, other solar thermal technologies like evacuated tube collectors (ETC) and parabolic trough collectors can be used to heat water for the boiler and furnace in the house.

If anything, combining PV and solar thermal is a great combination with a Massachusetts home having an energy efficiency of 86% even when using a non-tracking system. This is done by using a heat exchanger at the panels to draw away heat from them. By doing so, it also makes the panels themselves more efficient since they operate better in colder conditions. This increases the payback period for the system to between 5-10 years. This particular system got back 25% of its installation cost in only 6 months!

SolarReserve’s next project is a similar plant in South Africa. We’ll stay tuned to see how far they can take utility scale concentrating solar power.